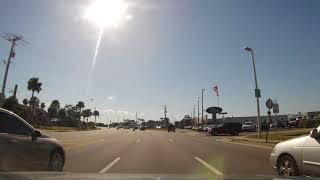 Melbourne /ˈmɛlbərn/ is a city in Brevard County, Florida, United States. As of the 2010 census, the population was 76,068. The municipality is the second-largest in the county by both size and population. Melbourne is a principal city of the Palm Bay – Melbourne – Titusville, Florida Metropolitan Statistical Area. In 1969 the city was expanded by merging with nearby Eau Gallie.